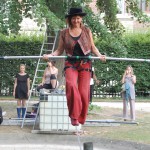 The circus school 'Cirkus in Motion in Leuven’ was founded by Rika Taeymans, who has a degree in physical education and psychomotor therapy, , and who also is a dance teacher and teacher in circus skills. After her studies she worked in London for 4 years of intensive with children in a travelling circus- and theater group. She took classes at the Formation Supérieure des Arts du Cirque in the Ecole de Cirque de Bruxelles, and started the Formation Pédagogique within the Brussels circus school. In 1990 Rika started a circus initiative in Leuven with the support of Acting Studio Juego.

Together with 6 Rika candidate board members examined the possibility of setting up its own circus school, In 1993 this resulted in a non-profit organization Cirkus in Motion. In 1999 the team was expanded to include new members. In 1998 Cirkus in Motion will receive the prize of Panathlon Stipend, allowing a further professionalization and 2002 there is recognition by the award of the Provincial prize for socio-cultural work.

What began as a circus school with two groups of children who were practicing circus skills, is now the largest circus school of Flanders. Every week more than 600 children and young people come up the steps of the circus to experiment with techniques in all shapes and sizes. Besides these circus workshop-operations, Cirkus Movement also developed numerous other projects, incrementally and organically grown by the right people in the right place and with na incredible amount of circus magic. 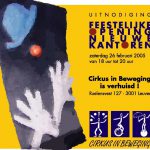 At the end of 2004 Rika's home office in Tildonk was bursting at the seams and as more and more people came to work at the office, we decided that a move to Leuven was the best solution. We relocated to the Ruelensvest, where the circus lessons had already been taken place for 10 year took place were some abandoned and inaccessible little room waiting for us and thanks to the installation of a new staircase and electricity (thanks city of Leuven) those were equipped as the new offices. We would never have managed without the help of Jan Van Craesbeek, who offered his services as an artist, designer and executor. Shortly afterwards we were also some garages all services Cirkus in Motion rent in the park behind the building and therefore were installed in one place: at the Erasme Ruelensvest no. 127. 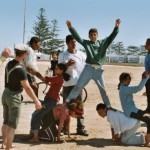 From February 2008 international action takes flight: alongside the European youth exchange, Cirkus put in motion European network projects around exchange for circus teachers. After the edition 2001 organizes Cirkus in Motion 2007 a second international youth circus festival CirkOOH! CirkAAH! that will live on after. In 2009 a new partnership with the City of Leuven start, in the form of an annual circus City festival. 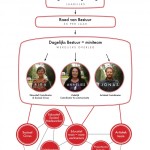 In April 2009 we installed a new structure. From now on, three coordinators manage the daily operations of Cirkus in Motion.
Rika Taeymans decided to focus on the things she loves to do the most, and she became the Education Coordinator. The team was strengthened with an Artistic Coordinator, Jonas Villagomez, who has been a member of Cirkus in Movement since his childhood, and who was able to transform his hobby into his profession, and a Business Coordinator, Annelies Claessens. This resulted in a more streamlined operation that allows more room to create and offer innovative educational, artistic and social projects. 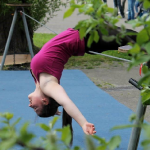 Rika realizes another a dream. As the first city in Flanders, Leuven gets a Circus High School, which is a partnership between the K.A. Redingenhof and insurence.
In addition to educational and artistic activities, Cirkus in Motion was able to build an impressive international network. In 2010 we organized an international training project for circus teachers from 6 European countries. 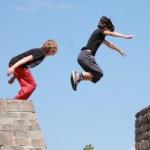 Cirkus in Motion organized for the 3rd time the international youth circus festival CirkOOH! CirkAAH! 70 young people from 7 countries a week together for gigs, workshops and intercultural exchanges. We launch two new courses, Circuit in Retrocircus, with which we again reach new target groups, the adolescents (especially boys) and duos of grandparents and grandchildren. These classes are forms of movement as parkour, freerunning and tricking combined with creativity and expression. 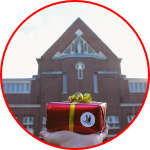 The vzw Cirkus in Motion has been around for 20 years and this was celebrated, together with all the members, staff and volunteers who were there from the first hour! 2013 is also the year of dissemination and professionalization. We have been able to gain a lot of knowledge and know-how, and that needs to be shared. Rika wrote Nelsons Acrobat Book, a beautifully illustrated book about Circo movement for parents and toddlers. Commissioned by the Flemish Circuscentrum Cirkus in Movement organized for the 10th time the BIC training (Counselor in Circus Arts), which is a course for future teachers circus. At the organizational level, we are also moving forward; since we doubled our office space by incorporating the old secretarial rooms of the Open School. 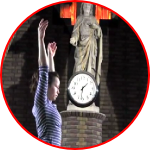 Our search for new funds brought us to a new Flemish grant channel. In 2014 we were recognized as a Cultural-educational organization in the context of the renewed youth- and child rights policy of the Flemish government. Meanwhile, we are at about 1000 members representing more than 1300 follow lesson units. Due to great success supply Parkour is considerably expanded, to all ages. Percussion has also become a staple over the years at Cirkus in Motion. First with Lokomotiv, who were able to stand on their own feet after a while, later with Dynamo, the Madamme from Ipanema and Molotov. In 2014 we start with a new group of children. 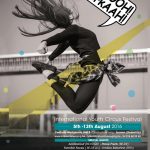 In 2016 Cirkus in Motion organizes the fourth international youth circus festival CirkOOH! CirkAAH! This time in Hal 5 the Central Workshops in Kessel-Lo. This unique location will 60 young people from 6 and many countries (semi-)professional circus artists together for an unforgettable festival. A new dynamic is deployed in this new district, and saw the city of Leuven it was good … is certainly to be continued.
Year 2016 Cirkus is in motion one of the largest educational circus houses in Europe. Every week more than 1200 children, youth and adults challenged during lessons, tasting routes and projects, to learn and experiment with creative, artistic and expressive movement forms. 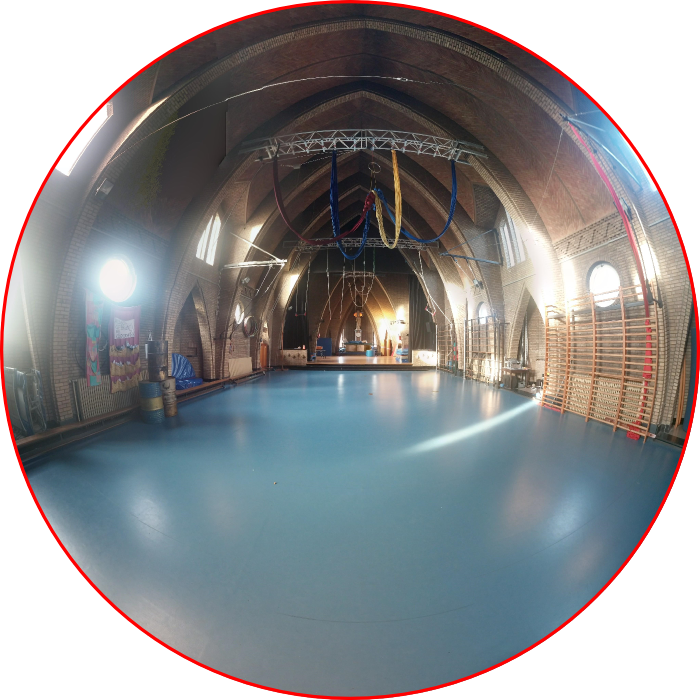