Bounce consists of 4 young percussionists and 4 circuit acrobats, the group formed 2013 under the supervision of Jonathan Dragt.

The performance ' men at work ' is based on the famous photo of Charles Clyde Ebbets, ‘Lunch atop a Skyscraper’ 1932. It is about workers in the early 20th century 1900 on a lunch break. Boredom and fatigue turn into fun, energy and movement. The show focuses on movement and percussion but also brings in the theatrical element of the circus, but not too overpowering.

Stirring rhythms and spectacular acrobatics are part of this spectacular mix of percussion, circuit and a specially designed set. 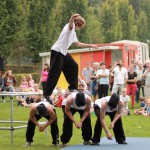 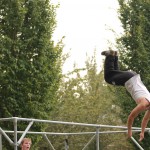 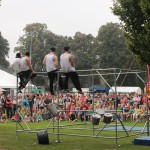 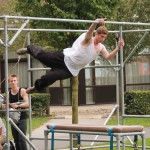